You are the owner of this article.
Edit Article Add New Article
Home
News
Features
Sports
Opinion
Calendar
Multimedia
About Us
Submit a Story

The play follows the stories of nine different couples in the “town” of Almost, Maine, each in different stages of love. Whether it be the exciting beginnings, complicated endings, or somewhere in between, Spotlight breathed life into all the various scenarios. With certain changes made in order to update some characters and aspects of the original script, Spotlight was able to make the adjustments flow naturally and fit right in with the rest of the performance. 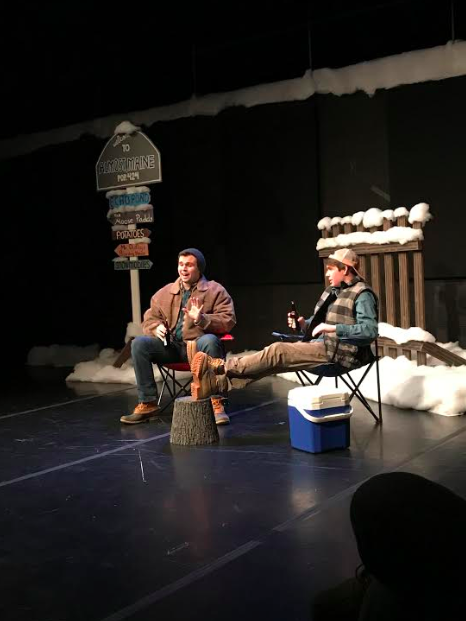 As it showcased nine completely different stories, Almost, Maine was understandably packed with a plethora of characters. Some actors even needed to take on multiple roles, as there were no overlapping characters between the different shorts. However, each character was able to stand on their own as unique and memorable amidst the rest of Almost, Maine’s showcased population. Not only does this reflect the care put into each character’s script, it also shows the actors’ talents in being able to fully embrace the traits and nuances of their portrayed character(s). Their performances did not go unappreciated, as Friday the 28th’s 7:30pm showing was almost completely sold out. 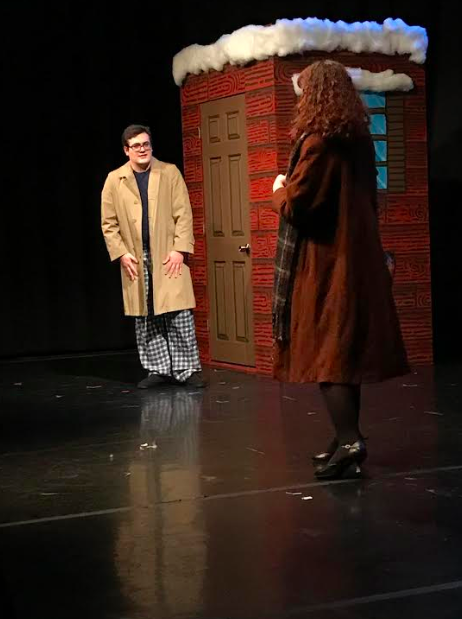 Perhaps most impressive about Almost, Maine was that the production was entirely student-run. From the directing, lighting, set design, and (of course) the acting, Spotlight Drama Club took it upon themselves to make sure everything was in perfect condition come showtime. 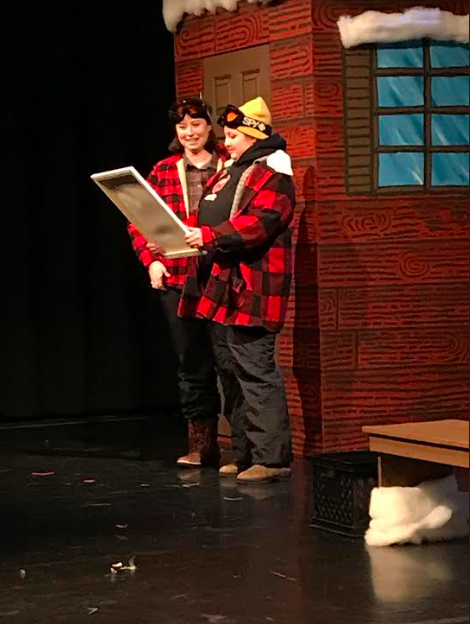 One of Spotlight’s members, sophomore Libby Evans, was especially impressed with her fellow club members following the performances. Evans, who performed as both “Gayle” and “Rhonda”, stated, “I’ve never been in a show that was fully student-run! It was such an awesome experience because we got to see the rest of [the cast and crew] work really hard and reach their full potential on stage!”

Through an effort entirely of their own, Spotlight Drama Club was able to bring an engaging and impressive performance about a small, rural “town” to an even smaller stage.