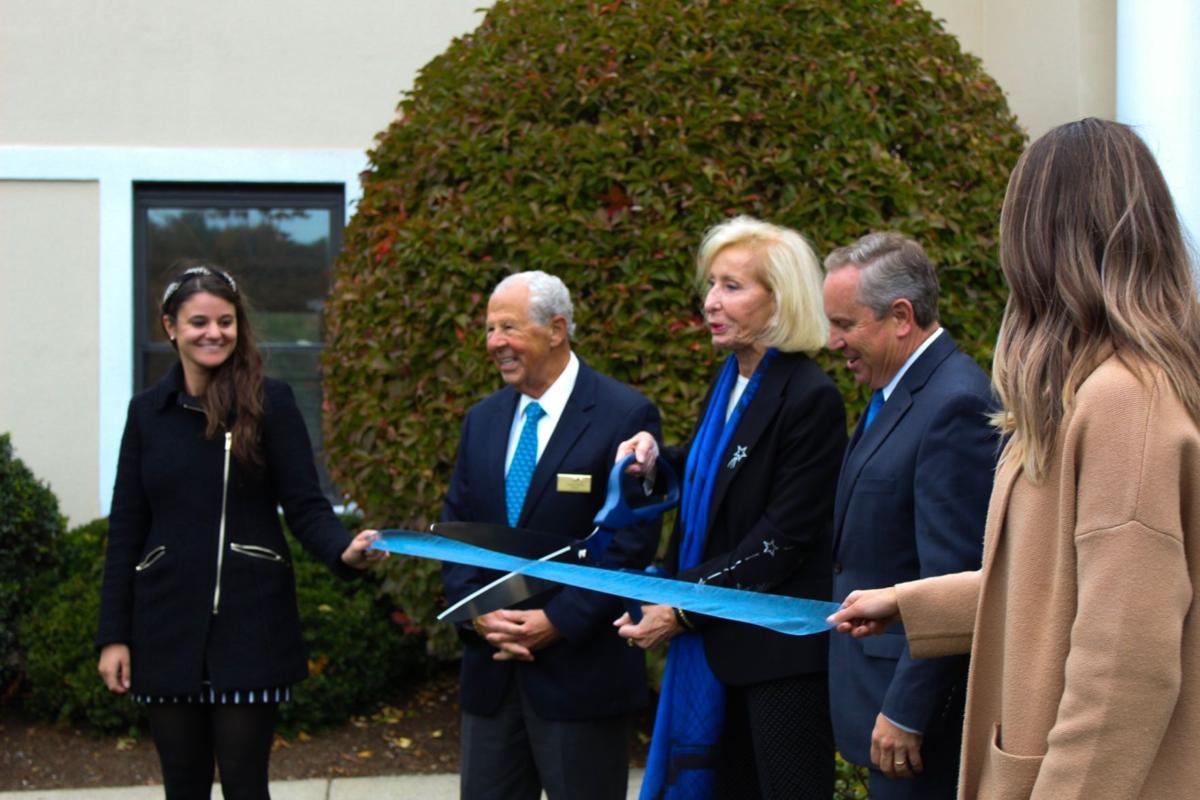 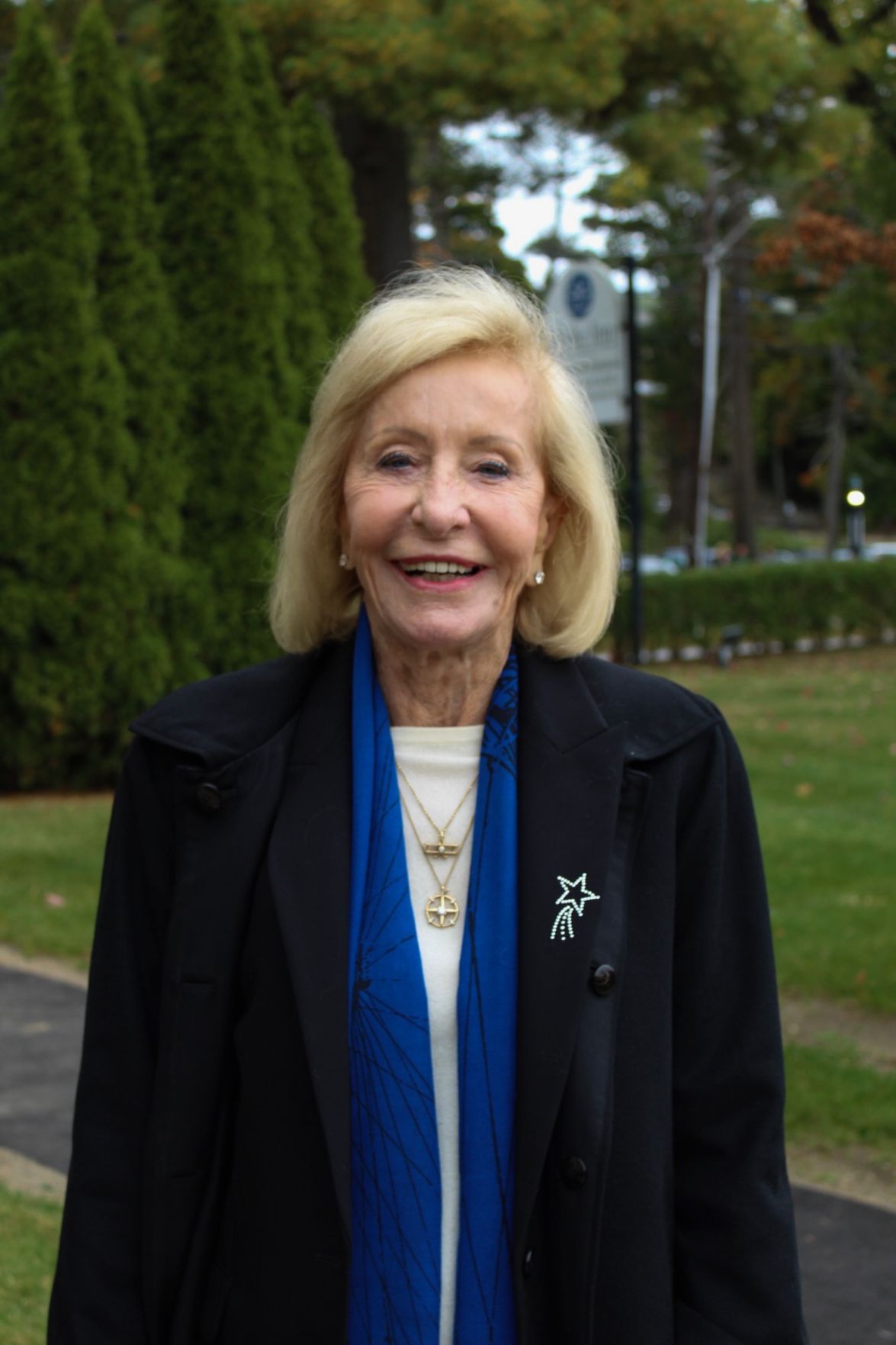 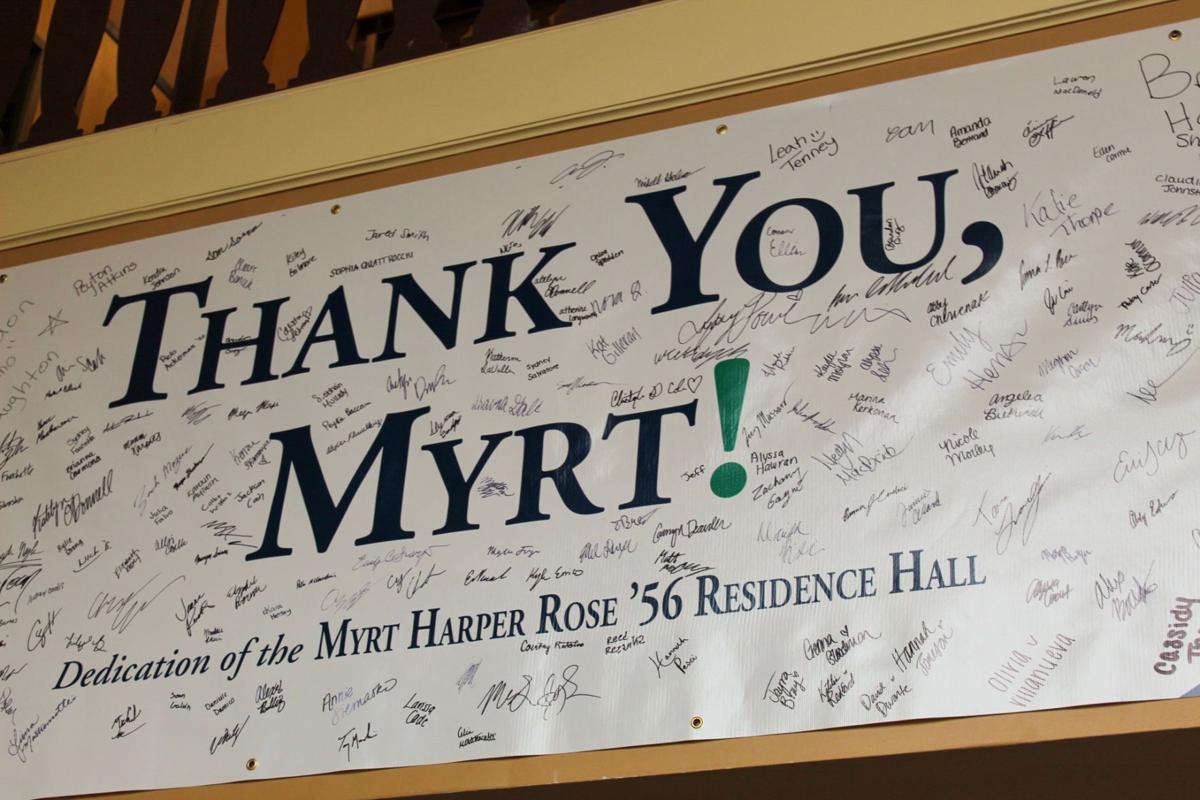 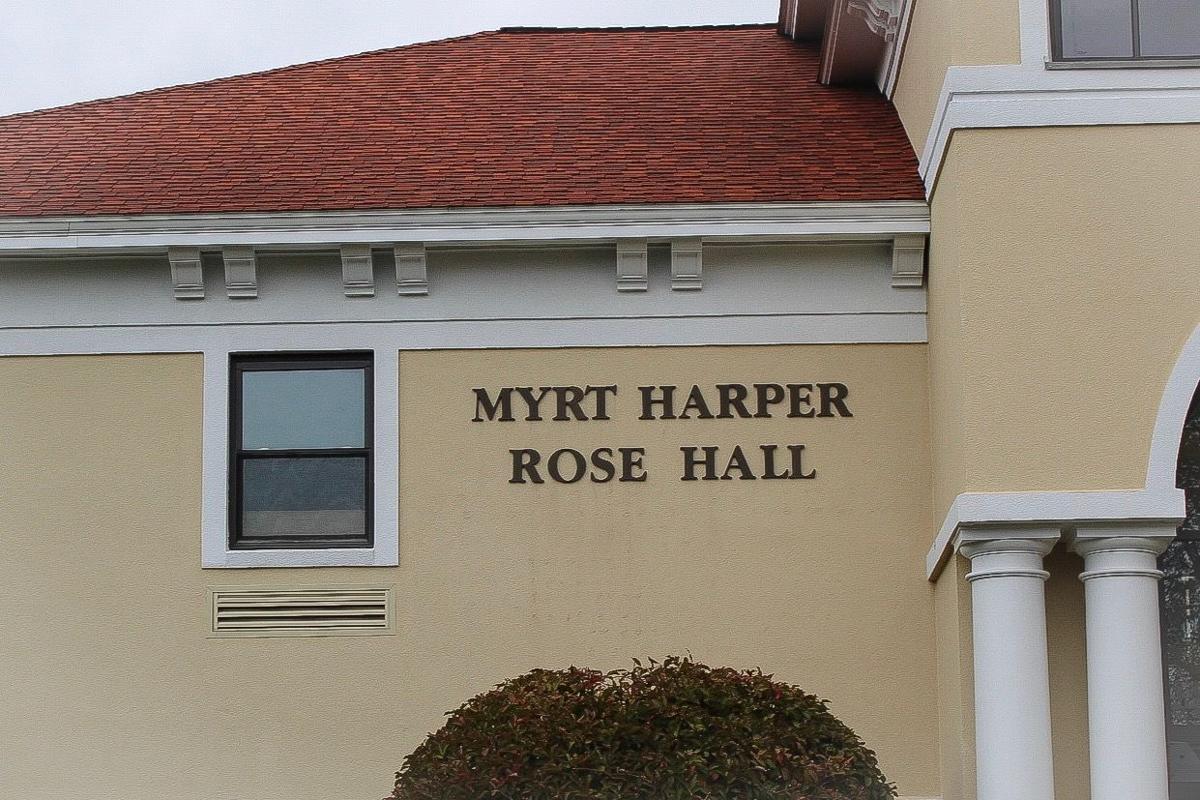 “Wingwalker Hall” is just one of the many names faculty and staff fondly refer to Endicott’s newest residence hall as. The hall, and the quirky nickname, would not be possible without Myrt Harper Rose ‘56.

The newest addition to Endicott housing hosts 74 students this fall. The building, formerly the Van Loan School, was renovated into a functional dorm by Windover Construction this past summer.

The Ribbon Cutting Ceremony to officially dedicate the hall was held at 4 p.m. on October 16. About 30 Endicott officials and attendees gathered outside of the residence hall to hear opening remarks made by Brandi Johnson, Vice President of Student Affairs and Dean of Students.

Following Johnson, Dr. Steven R. DiSalvo, Endicott’s seventh president, gave his own remarks about the hall and Rose’s dedication to her alma mater. “Myrt is a true Endicott Champion,” he said. “Our strength is possible because of people like [her].”

Hunter Gillis ‘22, Resident Assistant of Myrt Rose Hall, gave remarks from a student perspective about the dorm changes and thanked Rose for her “commitment to enhancing the college forever.”

Rose herself took to the podium to deliver donor remarks and offered personal anecdotes to the audience, including stories about her days as a “ski bum,” parachuter, wing-walker, and an art teacher.

Reflecting on her journey as an Endicott graduate, Rose credited her experiences back to her education. “I love being a part of [the college] and being able to come back,” Rose said. “Endicott was truly the best thing to ever happen to me.”

After a standing ovation, Rose performed the official ribbon cutting to inaugurate the dorm. Anthony Venuti, member of Endicott’s Board of Trustees, concluded the ceremony.

Following the spoken dedication, Rose and attendees were invited to explore the dorm. The hallways, lined with photos of Rose, serve as a memoriam for her continual dedications to Endicott.