You are the owner of this article.
Edit Article Add New Article
Home
News
Features
Sports
Opinion
Calendar
Multimedia
About Us
Submit a Story
1 of 3 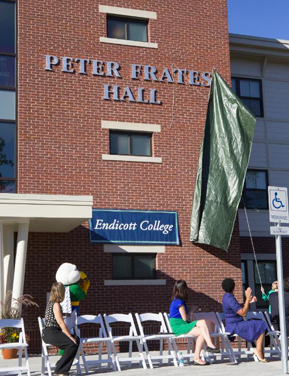 Endicott dedicated a residence hall in honor of Peter Frates. 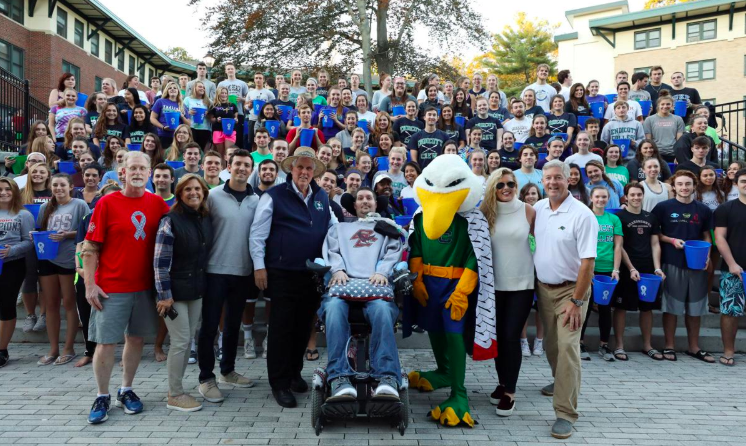 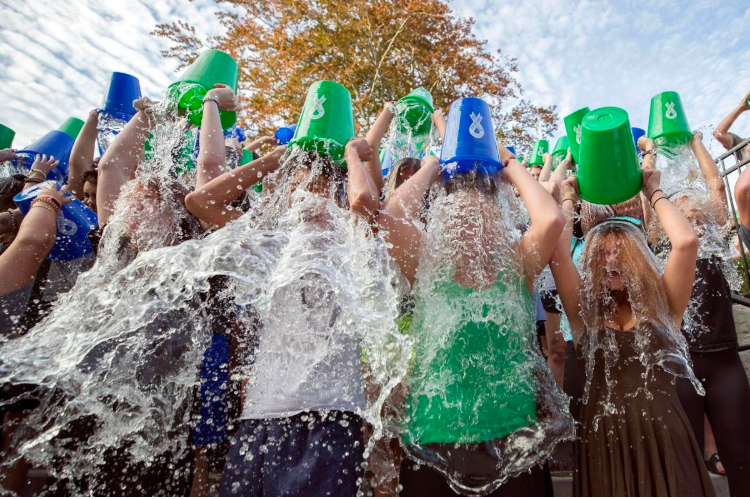 Endicott dedicated a residence hall in honor of Peter Frates.

This afternoon, the Frates family announced the passing of Beverly native, Peter Frates, 34, after a long battle with Amyotrophic Lateral Sclerosis, otherwise known as ALS.

Frates was diagnosed with ALS in March 2012 at the age of 27. Following his diagnosis, Frates and his loved ones began working to raise awareness of the progressive disease and funds to help find a cure. His large group of supporters and loved ones were dubbed Team FrateTrain.

The summer of 2014 was momentous for Frates. His daughter Lucy was born that August to him and his wife, Julie, and Frates also started the Ice Bucket Challenge, which made him famous. The Ice Bucket Challenge quickly grew to become a viral sensation and a massive fundraiser for ALS research as celebrities, politicians, athletes and average citizens joined the cause. Under the global fundraiser, people could nominate friends or family to dump a bucket of ice water over their heads while being filmed. The ALS Association was flooded with millions in donations during that summer.

Frates received numerous accolades and awards for this work to raise awareness for ALS. He was nominated for Time Magazine’s Person of the Year in 2015.

According to a statement released by the college, the Endicott community became acquainted with the Frates family when Nancy Frates, Peter’s mother, was invited to speak at the 2015 Commencement, where she received an Honorary Doctor of Humane Letters.

Endicott College students, faculty and staff have gathered together over the last four years to collectively take on the Ice Bucket Challenge. Since the first year, the Frates’ family has been in attendance at this event.

In 2016, Endicott College unveiled a new residence hall on campus named after  Frates. This residence hall currently houses 225 undergraduate students. During its dedication, Frates’ parents, John and Nancy, spoke about their son’s passion for finding a cure.

Nancy Frates joined the Endicott College Board of Trustees in 2016 and remains a dedicated and active member.

Endicott College released a statement upon hearing of Frates' death.

“Our community is deeply impacted by the loss of Pete,” Endicott College President Steven R. DiSalvo said in a statement released this afternoon. “His spirit and determination through such challenging times is inspiring to us all, and we will continue to honor him through our participation in efforts that help find a cure for ALS, and through the building that proudly graces his name.”

Boston College announced the passing, and issued a statement on behalf of the Frates family.

“On behalf of Julie, Lucy, John, Nancy, Jennifer and Andrew, along with his extended family and multitude of friends, we ask that you celebrate Pete and the hope that he has given to so many by following his daily affirmation: Be passionate, be genuine, be hardworking and don’t ever be afraid to be great.”

Frates’ funeral will be held at St. Ignatius of Loyola Parish in Chestnut Hill on Friday, Dec. 13 at 11 a.m. And, a celebration of life will be on the North Shore at a later date.