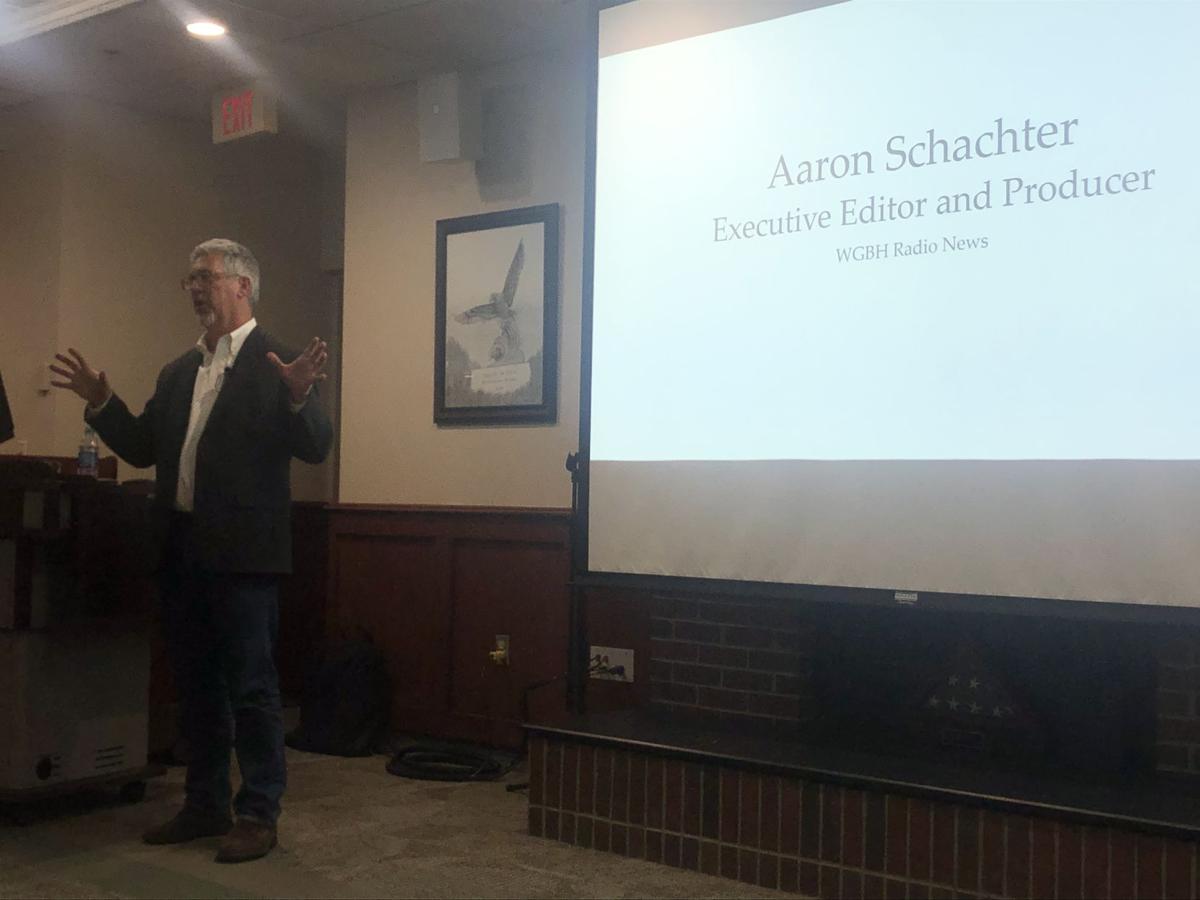 Aaron Schachter delivers a speech and presentation to students and faculty. 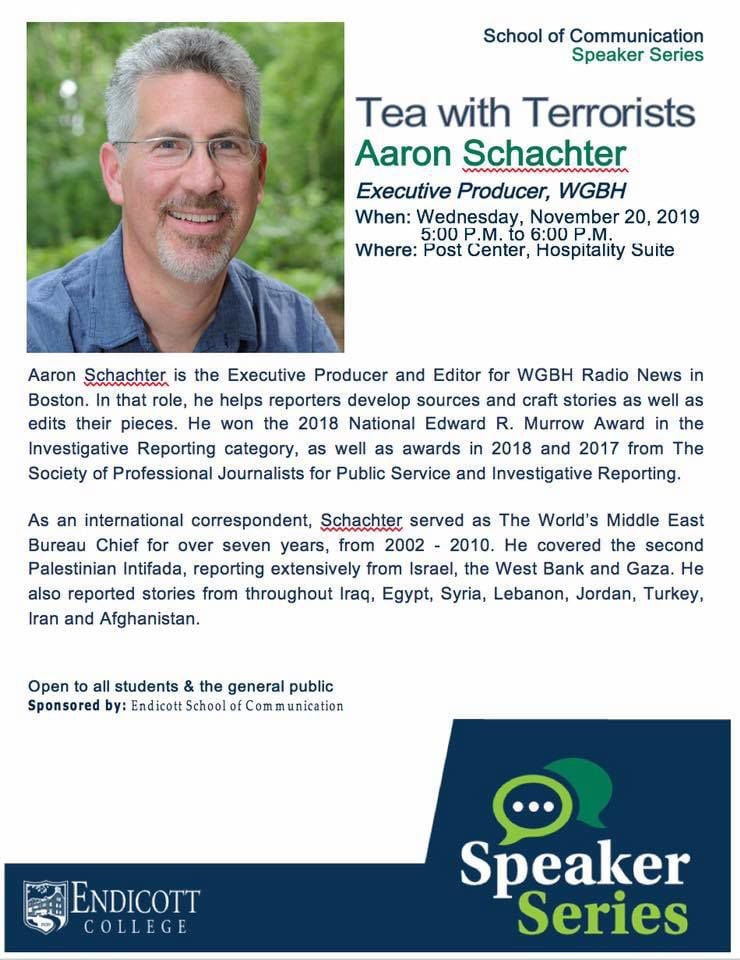 Aaron Schachter delivers a speech and presentation to students and faculty.

Recordings of war audio filled the Post Center Hospitality Suite while a slideshow of photos illuminated the crowd that gathered to hear journalist, Aaron Schachter deliver his talk entitled “Tea with Terrorists.”

Schachter, who is the Executive Producer and Editor of Boston WGBH radio, has worked for WGBH since 2015. Priorly, he worked as a State House reporter at WBUR Boston following his graduation from UMASS Amherst, in Los Angeles and Denver at other radio outlets, and as an international correspondent for The World radio.

Schachter’s talk focused about his time working for The World overseas in Israel, Lebanon, and Afghanistan. He began with October 2002 when he started work in Israel during the Palistinian Intifada. Schachter described hearing multiple suicide bombings per day.

“When you heard a boom, you ran toward it,” Schachter said. “There was no questioning it.”

Following his time in Israel, Schachter went to Iraq in both the summer and winter of 2003 during the end of the Saddam Hussein regime. Despite the bad reputation of Iraq civilian life, Schachter recalled having a positive, riveting experience.

“There was a real sense of hope with Saddam [Hussein] gone,” Schachter said. “For journalists, we could now go anywhere without threat.”

Between the audio snippets of real audio reporting from Schachter and photos from his travels, Schachter’s overall message was about different cultures coexisting together.

“The way the Sunis and Shias acted overseas resembles how Republicans and Democrats act in America,” Schachter remarked. “It’s hard to even try and explain the divisions between cultures, especially in the Middle East.”

Schachter ended his talk by broadening the division of the Middle East to the division in the United States. “Now, more than ever, we need to bridge the divide [and rid of] the us versus them mentality,” he said.

“[The religious, social, and political divide] is a frightening dynamic I see tinges of in America today,” Schachter added. “This is why reporting is important.”